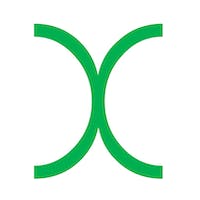 I'm a freelance developer and I'm currently learning Google Apps Script. I use Google Sheets as a backend for several no-code platforms, and often need to interact with that data using Apps Scripts.

For API integrations, I used to rely on 3rd party services like Zapier & Integromat. But lately I've been writing GAS functions to replace those dependencies where possible, and provide more control and customization.

which brings me to the question:

What are all the different methods of invoking Apps Script functions?

Here's what I could come up with so far. ✏️

First one is obvious. No explanation needed.

This method allows referencing the function in a formula, and passing cell values as inputs.

Next up we have Triggers, which include quite a few option.

I've used the time-driven triggers for things like periodically downloading Orders from Shopify, and the On form submit trigger for sending confirmation emails. But I haven't tried the calendar trigger yet.

Functions can also be called by publishing your script as a web-app and then sending a POST or GET request to the published URL. Query parameters can be passed from the URL to the script by appending the URL with key=value pairs https://script.google.com/a/macros/greenflux.us/s/{SCRIPT_ID}-/exec?testing=123&msg=Hello+World%21

In addition to web-apps, scripts can also be published as an API, Add-On or Library. I haven't used these options but I'd love to hear how others are making use of them.

This is another area that I'm unfamiliar with, but I have a feeling there would be a way to invoke a function via the console.

What are you using Apps Script for, and how do you trigger your functions?

There are a few limitations I've been struggling with, when trying to integrate Google Sheets and Apps Script with other platforms.